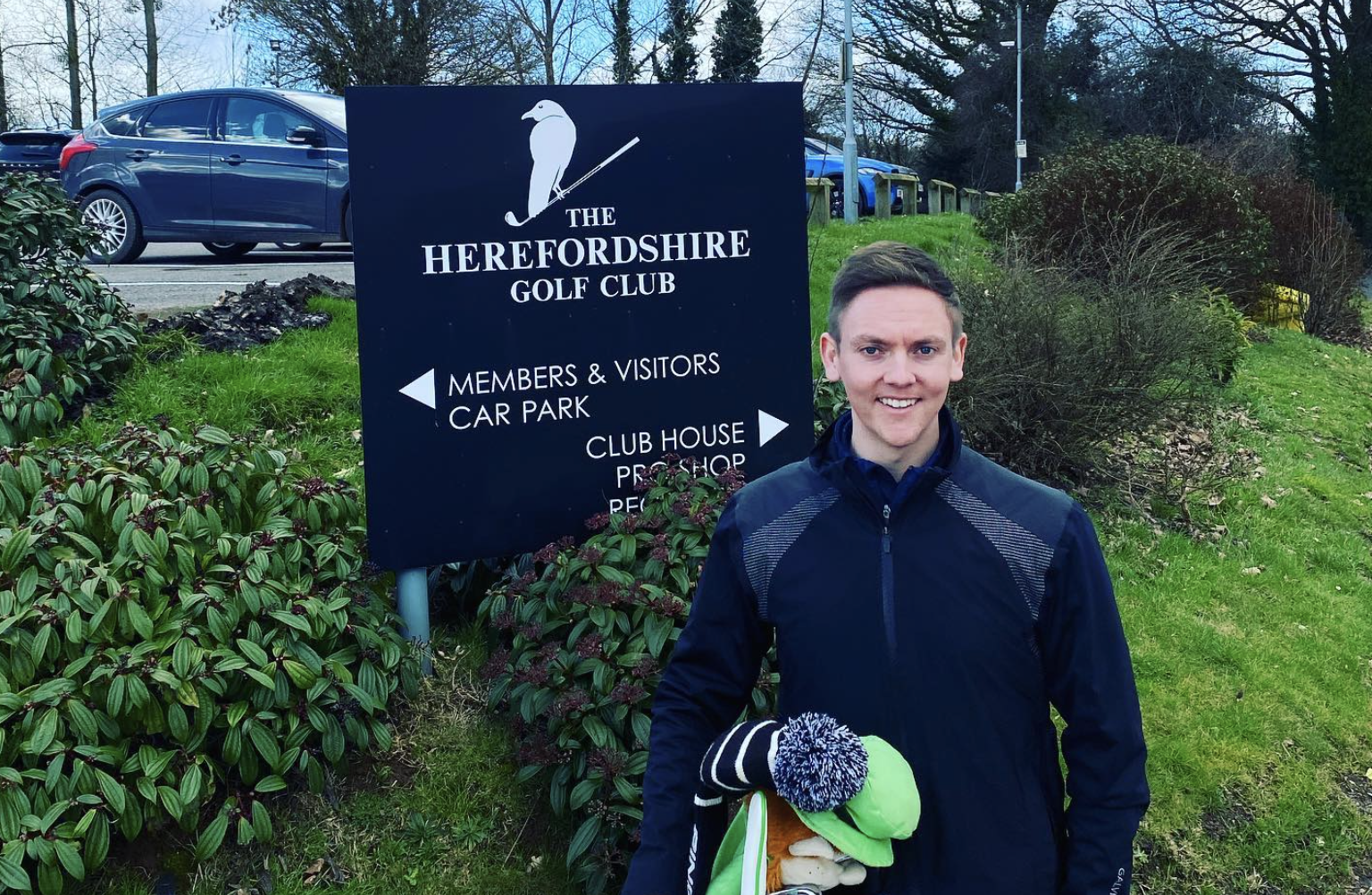 Our Professional Team and Services

The Team
Price List
Trackman
James Heath
Tom Mansell
Adam Evans
James Heath - Class AA PGA Professional
‍
James is our Head Professional here at The Herefordshire GolfClub and is a fully qualified ‘Accredited’ (Class AA) PGA Professional. James has worked within the golfing industry for over 12 years. He started his PGA journey back in 2014 and graduated from the University of Birmingham as a fully qualified professional in 2017. James also completed his National Diploma in Sport Performance and Excellence in Golf at Hartpury College in 2010. James is someone who has a strong passion for coaching and player development. James specialises in putting, where he is one of a handful of coaches across the UK to hold the level 3 instructor certification from Science and Motion Golf. James also has significant experience of introducing beginners and juniors to the game as well as developing county and professional players. James has first rate communication skills whether with adults or juniors alike. James has had success in developing junior golfers and created a junior academy coaching programme at his previous club Gloucester Golf Club, which regularly coaches over 40 juniors each week. James has delivered after school golf clubs for over 10 schools in Herefordshire and promoted and delivered Tri-golf at the Herefordshire School Games where over 2000 children attend. James creates a positive environment for his clients to develop in. He has a calm approach and demonstrates high professional and personal standards. James has a can-do attitude to customer service and will always go the extra mile. James’ passion for the game is also very evident in custom fitting where he is a certified club fitter for some of the leading brands in golf such as Ping, Titleist, Cobra, Mizuno and TaylorMade. He also prides himself on delivering the highest standards of club repairs, from re-shafting to re-gripping. Through his passion for the game James was awarded for his efforts and was chosen to sit on the Shropshire and Herefordshire County Development Committee in association with England Golf in 2017.James is still a very keen golfer himself and competes on theNational and Regional PGA circuits alongside his coaching and work at The Herefordshire Golf Club.
Tom Mansell - PGA Trainee Assistant Professional
‍
Tom is our trainee assistant professional here at The Herefordshire. Tom started playing golf from an early age where it became clear he had a natural ability for the game. Tom has been a member at the club for over 4 years and has represented the club at both junior and adult level.  Tom had a successful amateur career starting when he won the under 14's Shropshire & Herefordshire County Junior Championships. This led to Tom being selected for the Junior County Squad where he has gone on to represent the county throughout all age groups. Down to Tom’s dedication, he was lucky enough to be selected to represent the county in the four & six counties’ teams in 2018& 2019. Tom graduated from Hartpury College in 2020 where he studied and achieved a Level 3Extended Diploma in Sport Performance and Excellence in Golf. Tom gained a double distinction and a merit in his overall exams. Tom was also an integral part of the colleges golf team where he represented the college at inter-collegiate level.   This year Tom has enrolled into the PGA national training program through theUniversity of Birmingham where he will study to become a fully qualified PGAProfessional over the next 3 years. Tom brings a youthful and positive energy to the team and will be on hand to offer a high level of customer service to members and visitors.
Adam Evans - Professional Shop Assistant
‍
Adam started playing golf at the age of 10 and in 2016 became the Junior Club Captain at The Herefordshire Golf Club. Adam has now been working in the golf industry since 2017 and has worked at some of the best golf clubs in the area, namely The Vale of Glamorgan which allowed Adam to gain further experience and knowledge from different aspects of the golf world. Adam completed his Extended Diploma in Sport and Excellence inGolf at Hartpury college in 2018. He then went on to complete 2 years at theUniversity of Birmingham where he achieved his ASQ Level 1 golf coaching certificate. Adam is also certified in safeguarding and child protection. Adam has a passion for playing the game where he currently represents The Herefordshire Golf Club and has represented the Herefordshire County, Hartpury college and the University of Birmingham in team and individual matches.  Adam is a positive, polite and friendly person who will always demonstrate a high level of personal awareness and gives a warm welcome to all members or visitors to our golf club. 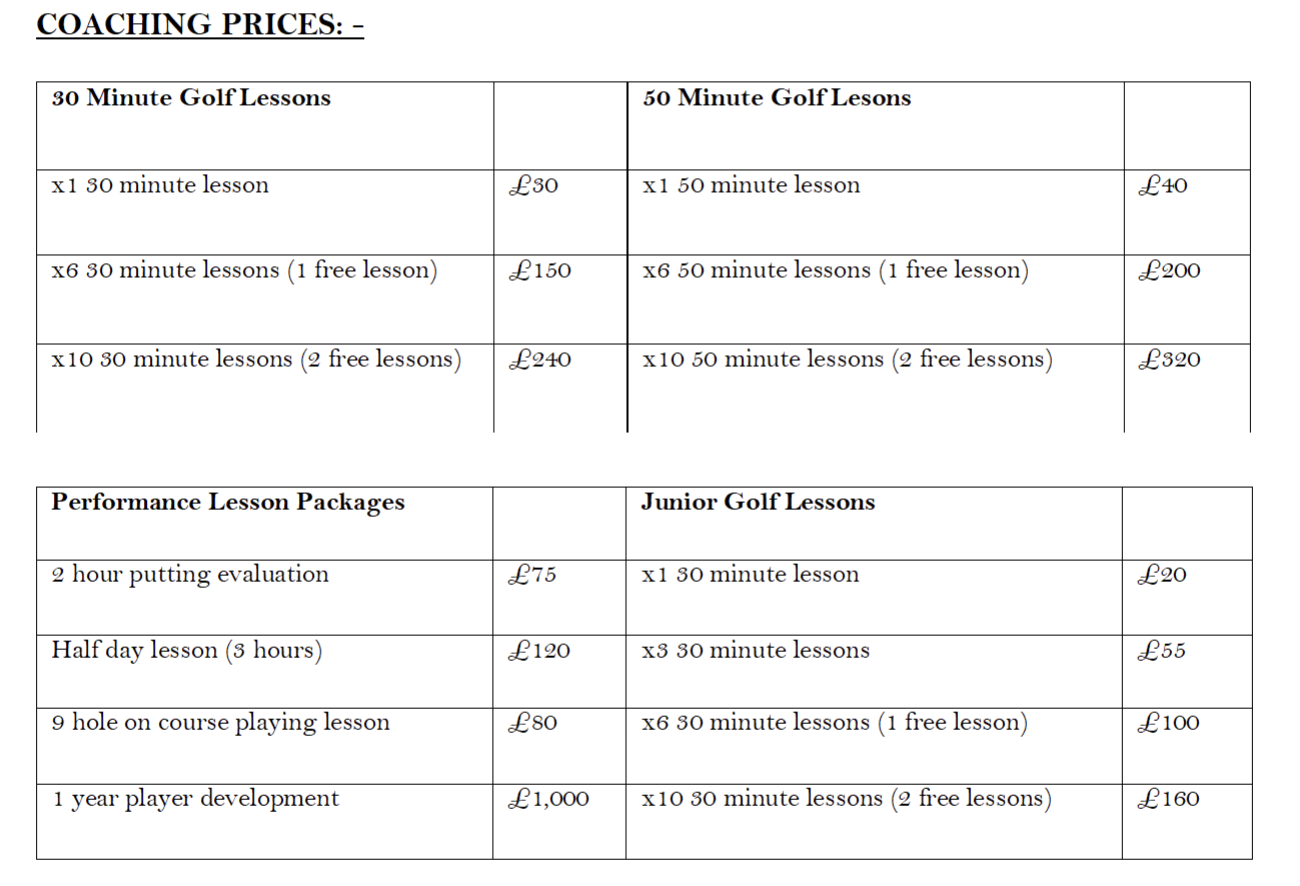 Here at The Herefordshire Golf Club, we are lucky to house our very own Trackman 4 Dual Radar golf simulator. The simulator is available for hire 7 days a week to both members and visitors. You can choose from over 100 courses to play from around the world including The Old Course at St Andrews, Royal Birkdale, Pebble Beach, Le Golf National and many more. A full list of the courses available can be found at www.trackmangolf.com.

Another fantastic feature is the GAME ON mode! With this feature you can challenge yourself or a group of friends to along drive contest, capture the flag, closest the pin or the bullseye challenge. We hire the simulator out for events such as society days, hen & stag do's, charity days and birthdays.  If you would like to enquire about the availability of the simulator, please contact us via telephone on 01432830219 or email us on pro@herefordshiregolfclub.com.
Simulator Pricing:
1/2 Hour - £20
1 Hour - £40
2 Hour - £75
3 Hour - £100
‍

At the Herefordshire Golf Club we welcome all visitors, either click on the link at the top of the page or call us on 01432 830219.  Play our superb Course, enjoy the stunning views and sample some of the best local produce in our bar or restaurant - the Causeway.